In 2015 I gave a lecture at Videobrains in London about my exclusive research into a cancelled Thief game that was in development at Ion Storm before it’s collapse almost a decade previously. The lecture was based on an article I wrote for Eurogamer, in which I interviewed a developer who worked on the project and shared some of the original design documents.

You can read the full Eurogamer article, The Modern Day Thief Reboot That Never Was, for more information on Thief 4 – but I’ve also included my slides and script below.

The game itself was called Thief 4: Dagger of Ways and was designed chiefly by Harvey Smith, who later carried at least part of that vision over to Dishonored. Thief 4 would have been a modern day reboot of the Thief series, reviving the characters in a dark and seedy inspired chiefly by Blade and Silent Hill.

You can read the Eurogamer article for more information on Thief 4: Dagger of Ways, or contact me for the original files and research this talk is based on. You can also check out my other Videobrain lectures, Easter Eggs: A Love Letter to Love Letters in Games and Deleted Scenes: Disney, Doom and Deus Ex. 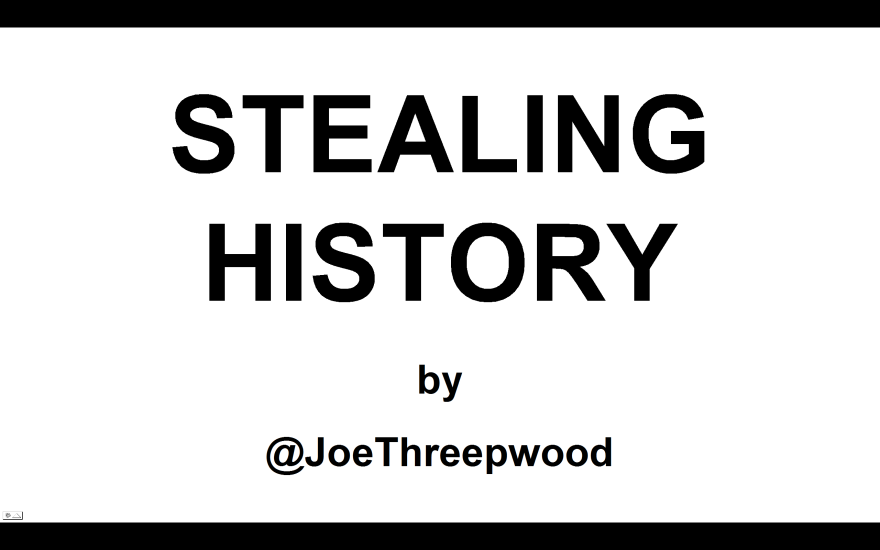 Hello! My name’s Joe Martin and for my sins I’m a semi-retired games journalist. I mainly write about games that were never announced and why you shouldn’t work for free.

Luckily for you all, I’m here today to talk about the former.

Quick show of hands, who here has played a Thief game.

Ok, now keep your hand up if you’ve played more than one Thief game.

OK, good to know. If you haven’t played Thief at all, don’t worry because I’m going to tell you everything you need to know. At great length. 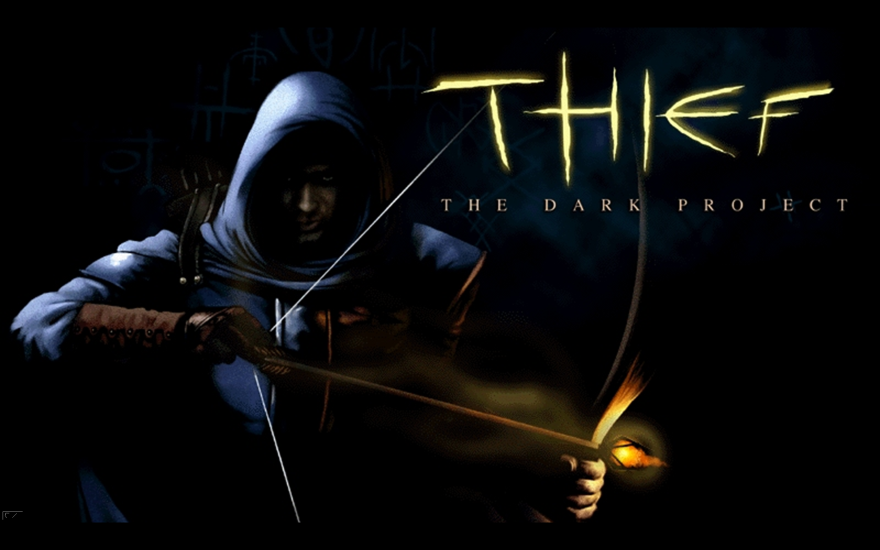 Here’s the history of Thief.

In 1998, Looking Glass Studios releases Thief: The Dark Project. It’s one of the forerunners in the burgeoning stealth genre and it’s set in a weirdly ambiguous medieval world with magic, technology and more.

You play an anti-hero called Garret, who is initiated into and then rebels against a secret society called The Keepers. What Garrett doesn’t know is that the Keepers let him leave because it’s predicted he will save the world.

And he does! He works with a group of technology-obsessed fanatics called The Hammerites to save the world from an old Pagan god.

Then there’s Thief: Gold. It’s the same game, but with some extra missions added on.

Then there’s Thief 2: The Metal Age. It’s a great game!

It’s like Thief 1, except the opposite. In this, Garrett works with the Pagans against a group of technology-obsessed fanatics called The Mechanists who want to destroy all plants and people on the planet.

…But I prefer not to talk about that.

And that’s the history of Thief! 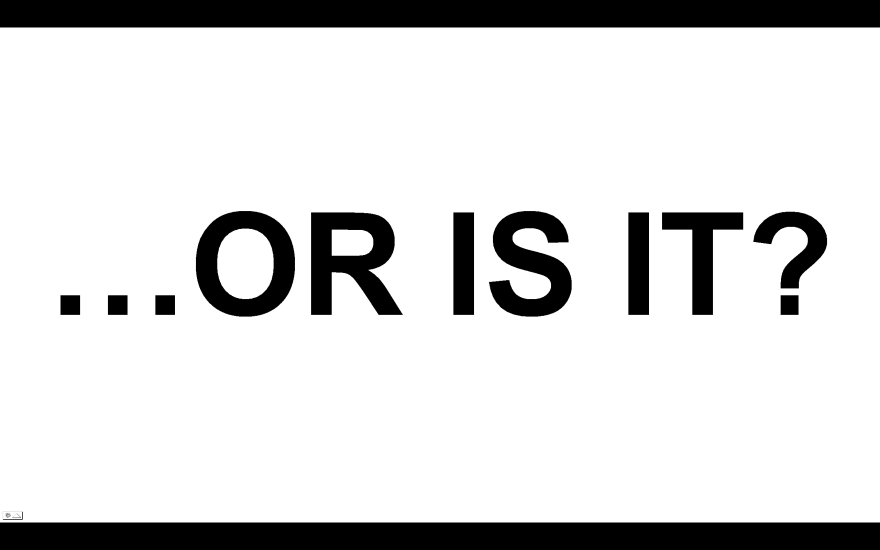 Let’s go back to the start.

Thief: The Dark Project is released in 1998, but it actually exists beforehand as a concept developed by Ken Levine, Doug Church, Randy Smith and Tim Stellmach.

This concept is called Dark Camelot.

Dark Camelot, as the name suggests, is a twisted version of Arthurian legend, casting you as Mordred – King Arthur’s evil son.

Except in Dark Camelot, Mordred isn’t evil and Arthur is actually a tyrant ruling over a weird, steam-punk kingdom. Mordred is a rebel, fighting against the corrupt Knights and trying to steal the Holy Grail back from an insane, necromancing Merlin and an army of corporate-sponsored knights who wear armour covered in logos.

There’s little we know about this version of the game, but we do know it has all these weird steampunk touches. The knights’ armour is all gears and knobs; Merlin wears a top hat, it’s all very weird – and that weirdness, along with the idea of a sneaky antihero is what survives as the project develops and turns into Thief.

In 1998 Thief is released after a very long development, using most of Dark Camelot’s leftovers – but not all of them.

Some of the leftovers survive and appear in Thief: Gold – including a wizards’ tower that was supposed to be part of Merlin’s base in Dark Camelot.

Then Thief 2 comes out and that has a really troubled development too. There’s a load of missions that get cut from the game – but the folks at Looking Glass Studio think that’s OK because they plan to restore lots of them for another Gold Edition.

But Thief 2: Gold Edition never gets released. All we know about it is that it featured a bunch of extra levels, including a daylight mission where Garrett would break into a university to steal from the students.

There’s also the first missions that would have been set outside of Thief’s city location, including one set in some frozen mountains where Garrett has to face off against necromancers and some entirely new undead enemies. Only a few notes about this level remain, but they make it clear this was to be the scariest Thief level to date. Then there’s Thief 3: Deadly Shadows – which would have originally shipped with extra missions and features such as adjustable difficulty. We don’t know much more about what was cut from it, unfortunately.

THEN there’s Thief: Dagger of Ways.

Now. This version of Thief was never announced. It never entered proper production either, though the team did spent several months designing it on paper and in prototype. It was designed by Harvey Smith – who later went on to design Thief’s spiritual successor, Dishonored and his team envisioned a new style of Thief game, which kept the central conflict of technology vs. mysticism, but updated it into a modern setting that cited Blade and Aphex Twin as key influences.

The titular Dagger was unsurprisingly central to this conflict. There are still big gaps in what we know about Dagger of Ways, but we do know that the dagger was a key piece of equipment for Garrett, alongside silenced pistols and nightvision goggles.

Dagger was a very modern game set in a very modern world, but the idea was that magic was returning to the world and playing havoc. In the middle of that, Garrett steals a dagger that lets him slip between realities – but every time he does the world gets darker and more dangerous.

Now, I could tell you a lot more about Thief 4: Dagger of Ways.

I could tell you that a big part of the plot would have involved Garrett’s family, especially his sister who continued to work with The Keepers.

I could tell you that these are the original concepts for Garrett’s new look.

I could tell you that it would have featured lots of small ideas to stop Garrett’s technology from being over-powered – like nightvision that was easily overloaded by enemy flashlights.

I could even tell you about how and why the game was cancelled.

Partly because I spent six months writing all that up for Eurogamer and you can read about it there, partly because I’ve got some copies of the design document with me for anyone who’s interested and partly because the real story is in how we know any of this anyway.

Just over a year ago, I was at Eurogamer Expo. I was there to meet with Jordan Thomas and ask him about a cancelled Deus Ex sequel he worked on, which I spoke about at the very first Videobrains event. During that talk, Jordan offhandedly mentions there was another Thief game in the making at one point. A modern one.

But he doesn’t know anything else about it, so I go looking for more info.

First, I go to the Dolph Briscoe Archive of American History at the University of Texas, where I know there are other Looking Glass and Ion Storm files. I find a single budget document and I find that Harvey Smith – who developed Dishonored – was attached to the project.

But Harvey won’t talk to me. He’s very nice, very sorry, but he’s now at a different company working on a similar game with some similar themes. Big legal reasons. He can’t talk about it.

But I keep digging. And asking. And chasing. I speak to four or five people that worked on the game, but nobody will talk to me on the record for fear of legal issues.

Except one. Only one person who worked on the game would speak to me. Even then, only if he could be completely anonymous and if I showed him the article before publication.

This is ten years after a game, that was never made, was cancelled by a studio that is now closed and the developers won’t talk about it because they may get in trouble from a publisher that’s since been acquired by another company.

And that’s a big problem. We are a technology and entertainment industry built on the slow accumulation and sharing of knowledge and experience, but everyone is afraid of sharing information and protective of the processes they use – both the good and the bad ones.

Last year I spoke in this very same pub and I said that this was a problem for our industry. I said we’d lose our collective history, we’d be held back from how fast we could grow and learn and that the medium would suffer as a result.

And sadly, after a year of games like PT being wiped from the PlayStation Store and excitement about Atari cartridges being exhumed in the desert, I’m sad to have been proven by how the Thief series eventually ended up. 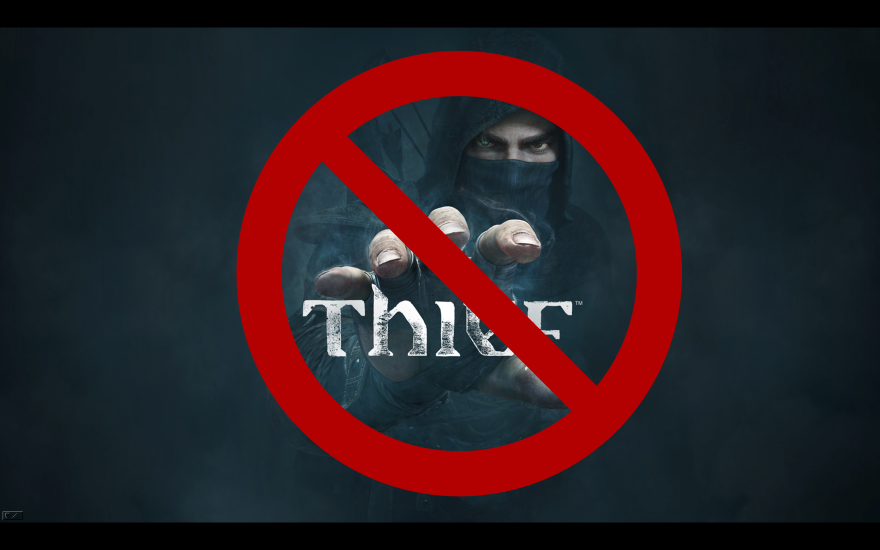 But I prefer not to talk about that. 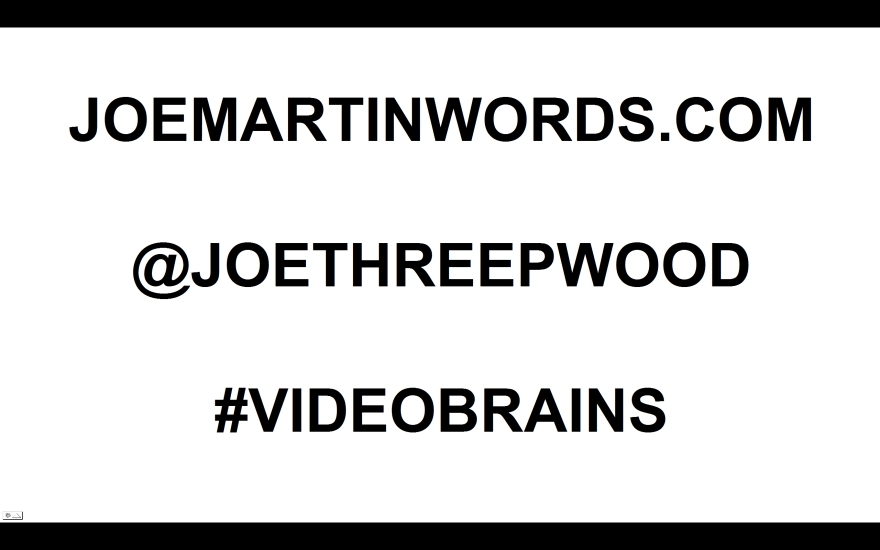 Why not check out my other talks too?

Buy tickets / Support it on Patreon / Watch other talks

2 thoughts on “The Deleted Scenes of Thief 4: Dagger of Ways”